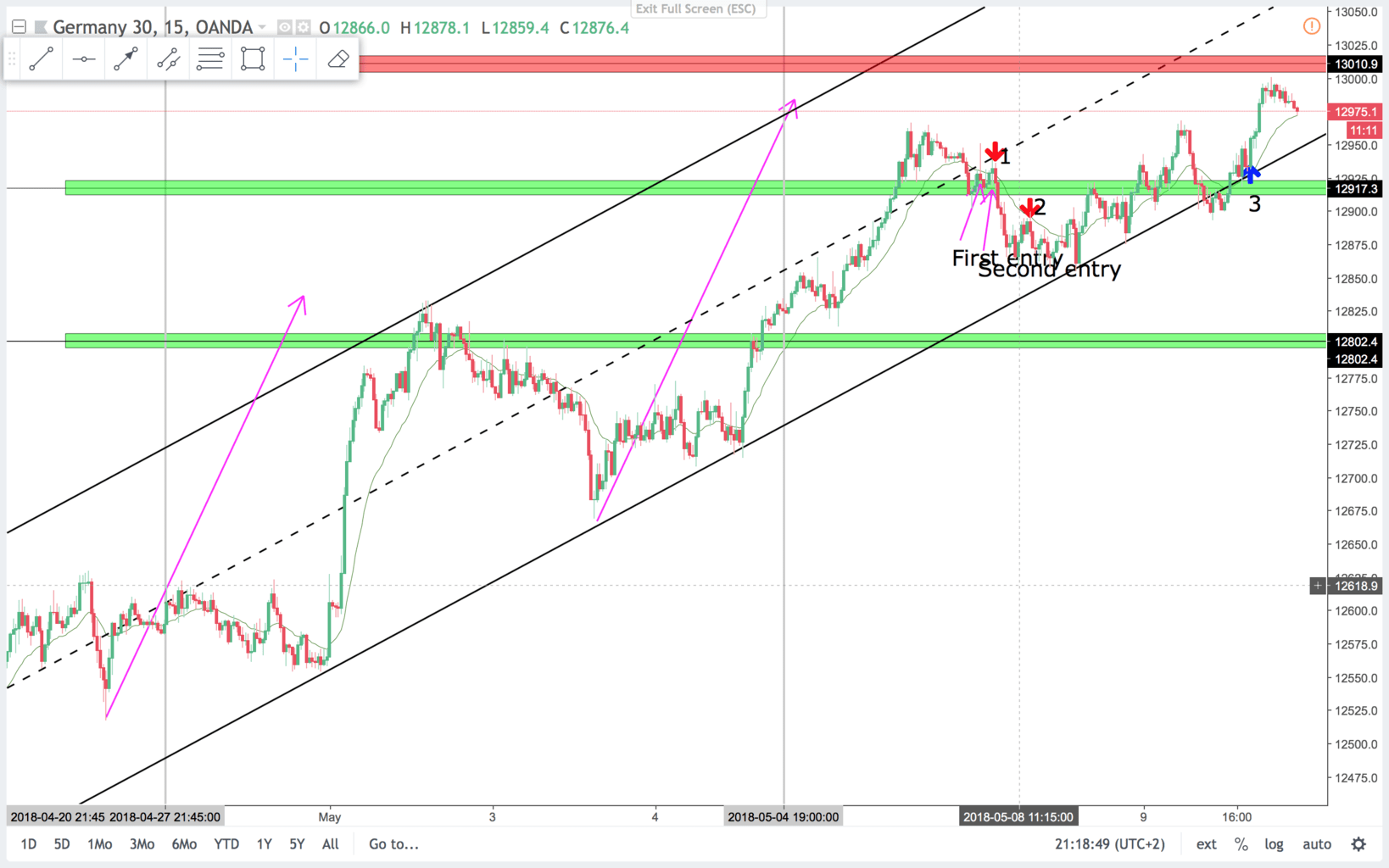 This week kept bouncing on the bull trend line from last weeks bull channel. Price has had a hard time reaching the channel line(still hasn’t). That means more resistance, and probably a transition into a trading range is on the way. I picket three second entry trades to write about today. The second entry is one of the better tools in a price action traders toolbox, but is only a good trade in the right context.

The first entry in a bear trend is when price starts to correct up, and the first time a bar makes a low below the past bars low. This will get more clear later in the article. 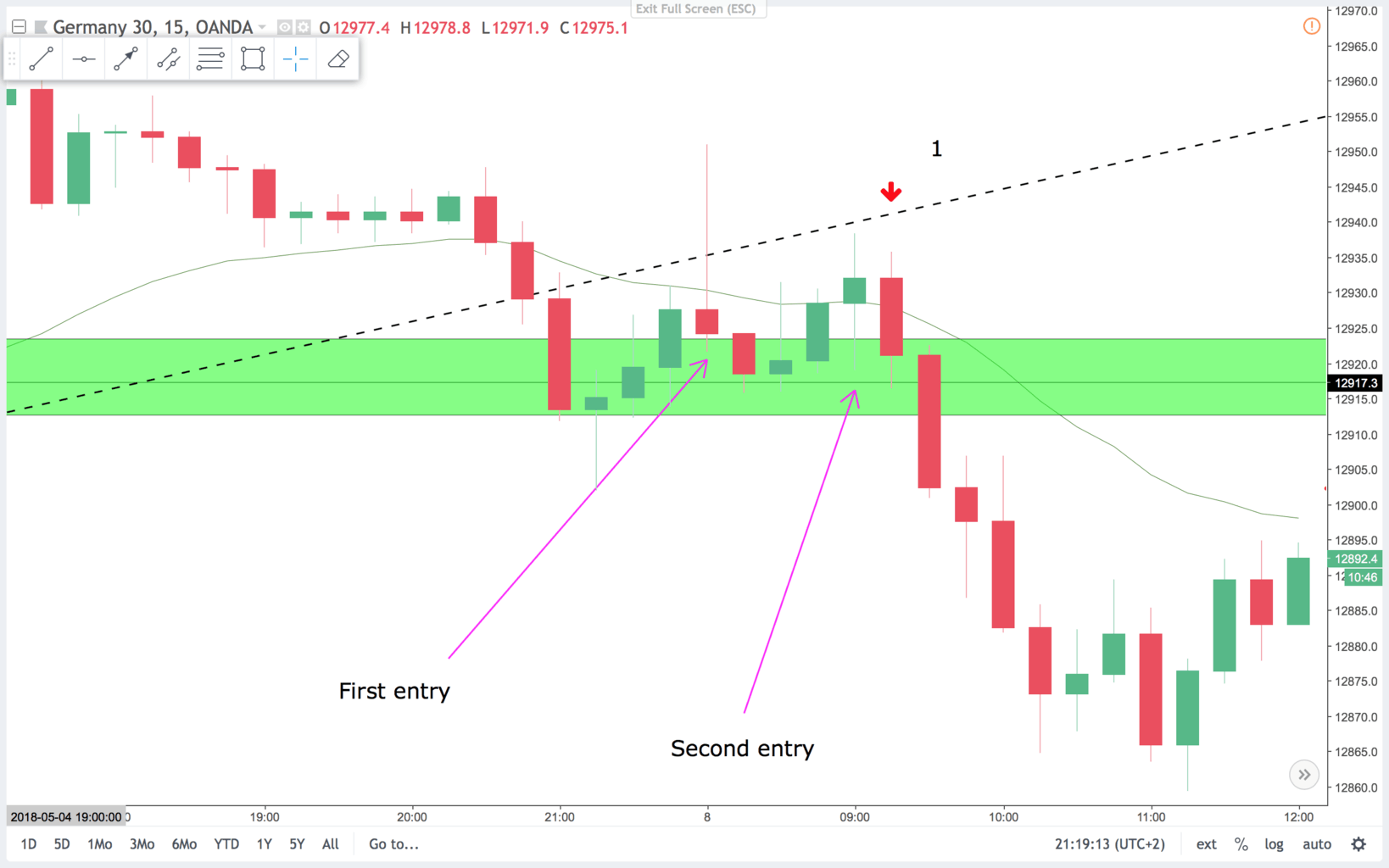 On the 15 min chart this is a second entry sell signal. The first entry was when price went below the large bear bar with the long tail above. 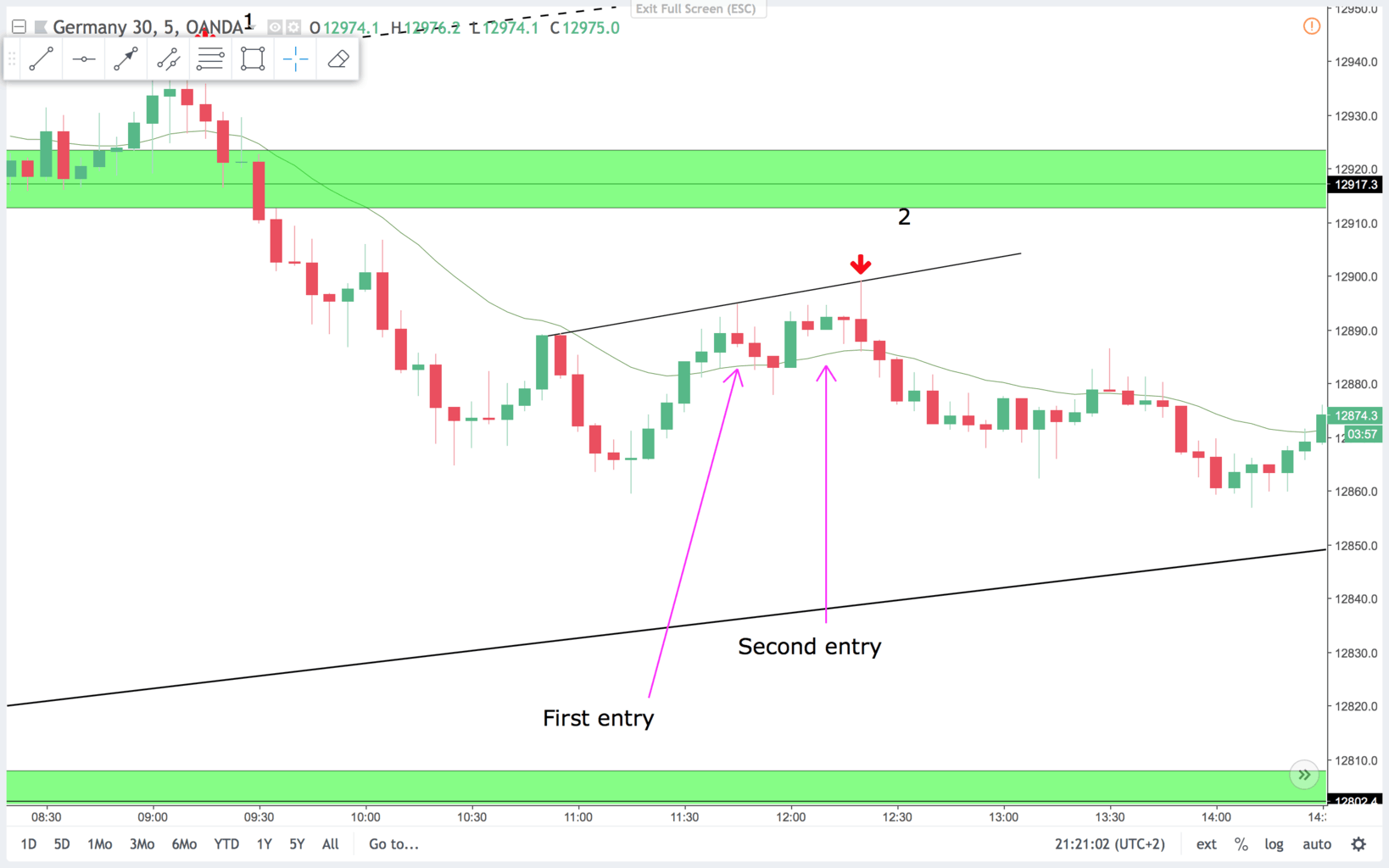 On the 5 min chart before the first entry signal, you had a strong bull leg. six bull bars, several of them closed on or near the highs. This increases the probability of a retest of bull strength, and is a sign to wait for a second entry. The second entry is two bars before the signal bar(below the red arrow). Again the signal on the second entry was weak, so wait for a proper signal bar. That came on the next bar. It had a break higher that failed, and bounced on the resistance line. This is a nice setup. The first second entry signal was not perfect, but with patience you got a better signal and better context. 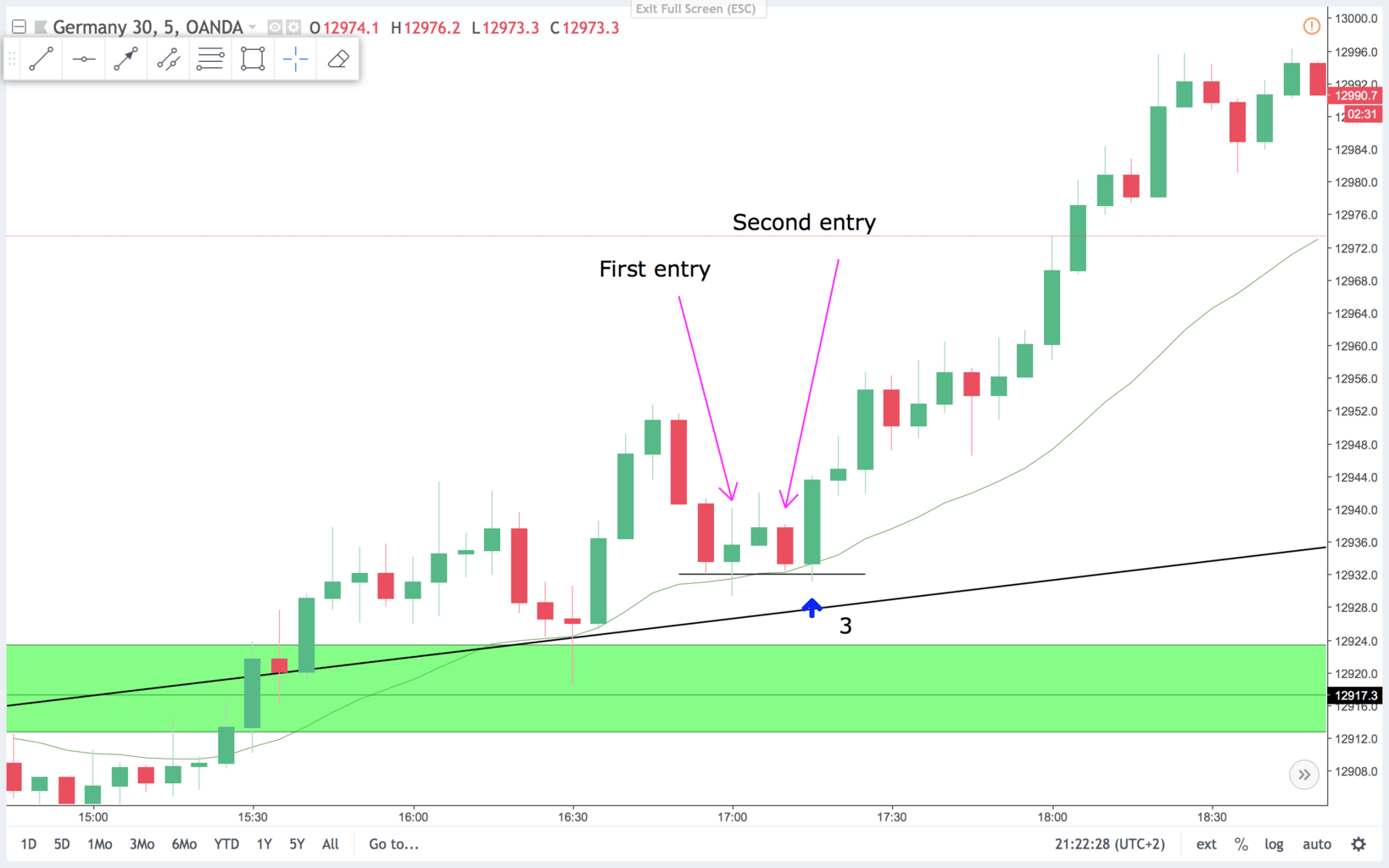 On the 5 min chart this second entry was a buy setup. The context was a bull trend higher highs and lows. You just got a strong three bar bull break out followed by a bear reversal attempt. Price testet the area where the bull break out started. Probably found limit order bulls waiting to get in long. The first entry was after a bull doji and the second entry was after a bear bar that closed on the low. The entry bar(bar above the blue arrow) on the second entry was a strong bull that closed on the high. I like that for a long. This setup is also a double bottom bull flag setup.

Second entries is a great tool. Often you have to make compromises to the setups. You do not always get perfect measured moves before a second entry. You do not always get perfect signal bars or risk rewards. But if you are able to read a couple of more signs that speaks in favor of the second entry signal, the probability of the signal goes up and makes for a positive traders equation.