So this week was a bear channel, where on friday the trendline was broken. The bull break out had good follow through, so odds are, that price will test higher next week. There is a 100% expansion target at approximately 24.400, where there also is a prior high. This could be a place to manage longs. Unless bears show strength next week I will swing my longs and scalp my shorts since price is always in long. 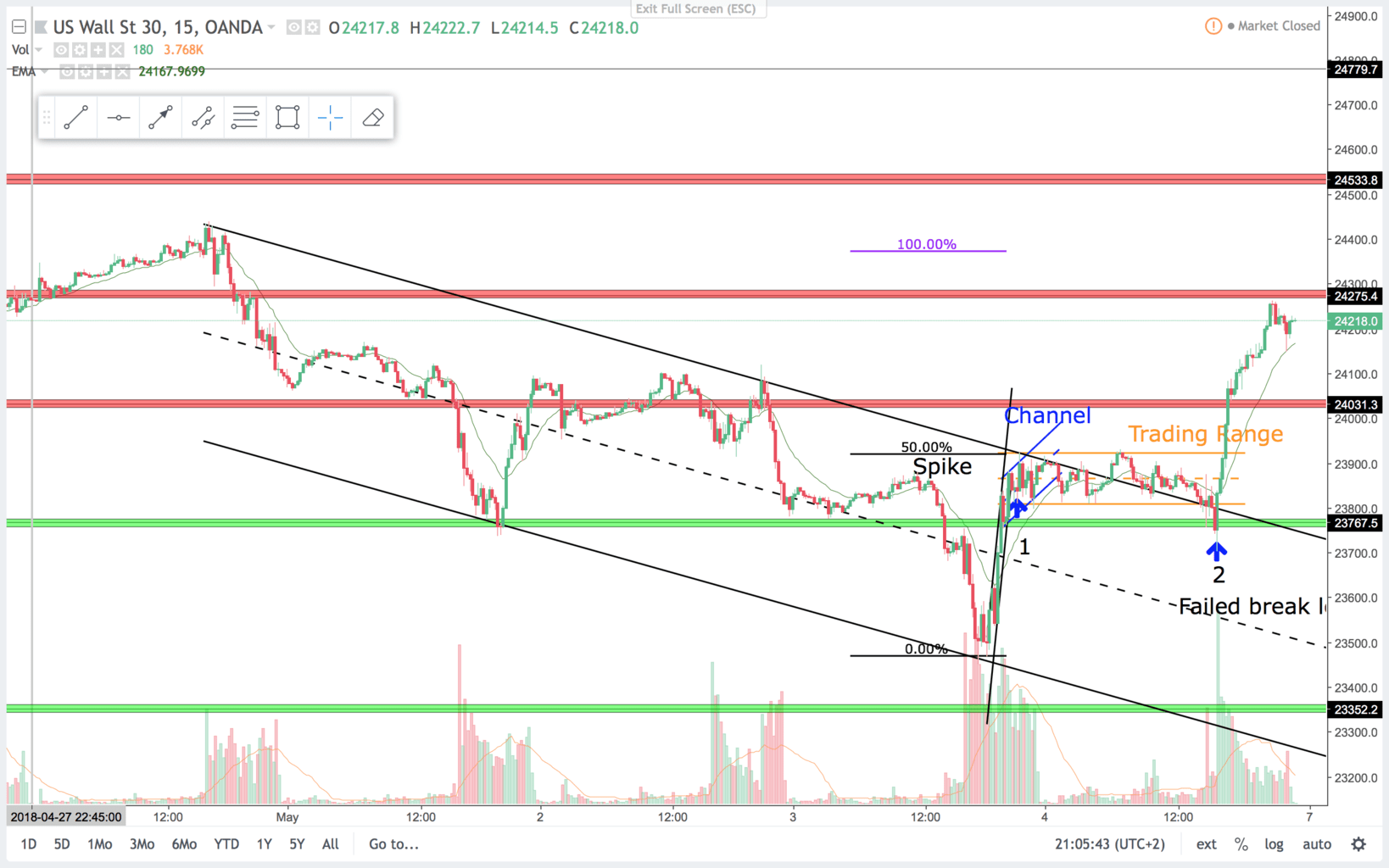 On the 15 min chart this is a weak setup. Two doji´s, but price had a bull spike and probability is high for a rest higher.

On the 5 min chart the bull spike has lost its urgent momentum. It is likely, that a channel will form, and it did. The double bottom bull flag was a nice signal. Signal bar was a bull inside bar that closed on its high. It is a two bar reversal setup and a good buy signal.

On the 15 min chart this is a nice outside up bar. It is a clear failed break lower and the bar formed on the open of the market. Often that is a signal for the days direction. Nice bar to risk a long entry on. The stop goes below the low of the bar, so trade with size accordingly to your risk management. This turned out to be a really profitable trade.

On the 5 min chart this is the second bar on the open. First bar was a bear doji, and not a signal. The strong bull bar was a likely failed break out below the trading range, and a common pattern. You often see a failed move in one direction before price starts to trend after a trading range.

The beginning of a trend often begins with traders trapped in and out of the market. On trade nr. 2. Bear break out traders went short on the break below the range, and bulls was stopped out below the low of the range. When the breakout failed, bears had to cover their shorts, and bulls had to re-enter their long positions. This fueled the beginning of a bull trendday.