So yesterday we had a bull trend and we got another example of the channel-line break(yellow circle) followed by a break of the trend-line. After this a final push to the resistance area. I saw a nice trade of the highs at 2 in the early premarket. Price went into a trading range and made a weak bear leg. A leg is weak when there is both bear and bull bars and they overlap. The final push into the support was a clear exhaustion push, after a weak bear leg, you should manage your trade accordingly. Nice double bottom for a bull push. a second entry short at 3 for a nice two bar reversal pattern to retest the support. Price failed to push lower, and now probably will test the high of the trading range again. 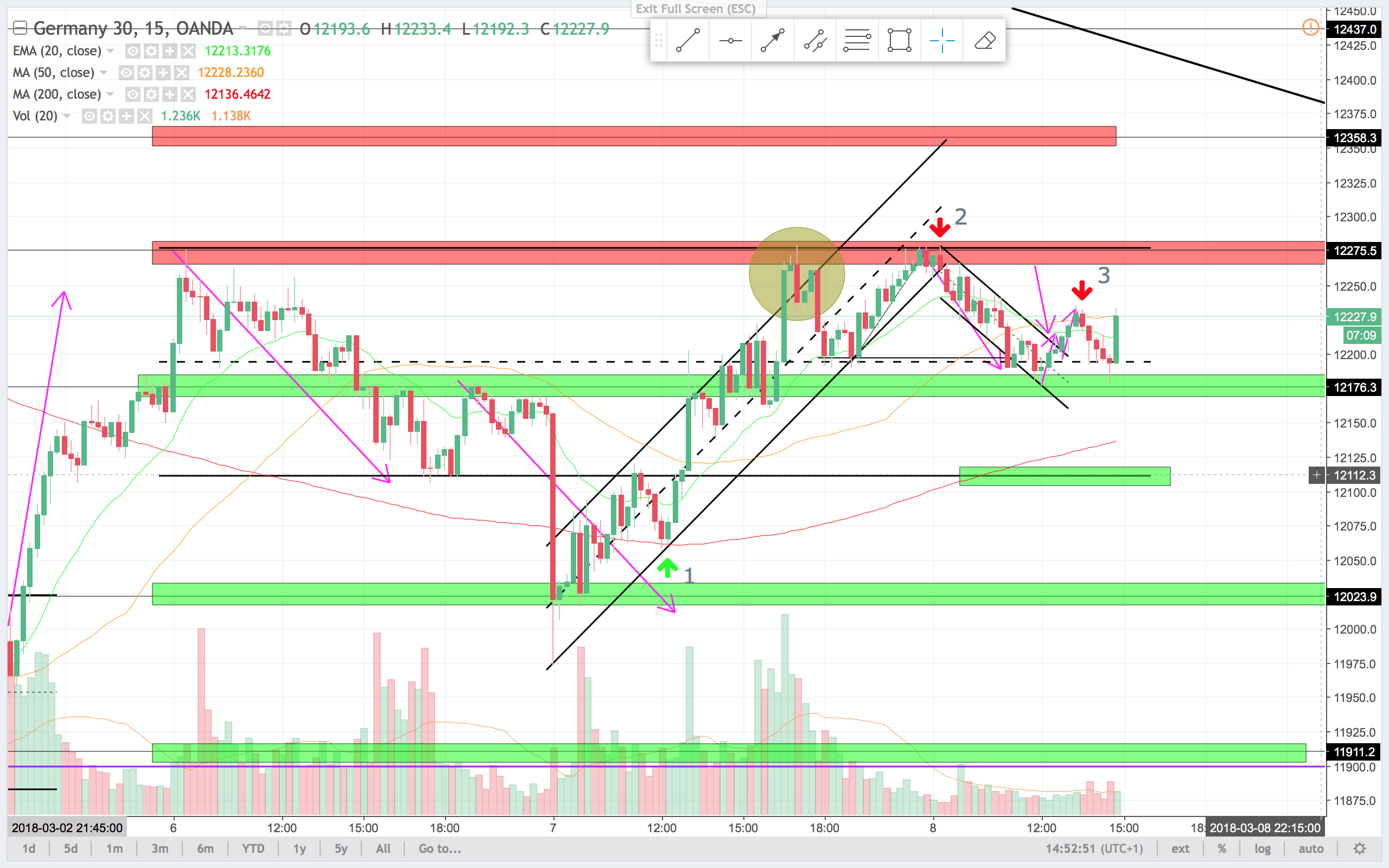 Price is making higher lows and equal highs. That usually means a break to the upside, but we will have to wait and see. I favor trading it as a trading range. Buy low, sell high, and scalp. Wait for the setups at support and resistance.

When I look for setups I use the higher time-frame ie. the 15 min to be patient and wait for price to move to my areas of interest. Then drop down to a lower-time frame like the 5 min to get the setup and a better risk to reward ratio.

The following is example of three different trades, where the entry was made on a lower time-frame but playing of the higher time-frame pattern.

The overnight drop on the 7th in the DAX was surprising to a lot of traders. Often this kind of movements range is testet. After a morning of trading-range price-action and a lot of failed breakout attempts price dropped in a three push pattern to a probable trendline. This I saw as a test of open price and a nice setup to retest the high og the day. Possibly a test of the area where the drop originated. Really good risk to reward on this trade. I would have liked it even better if it made a double bottom before the reversal. 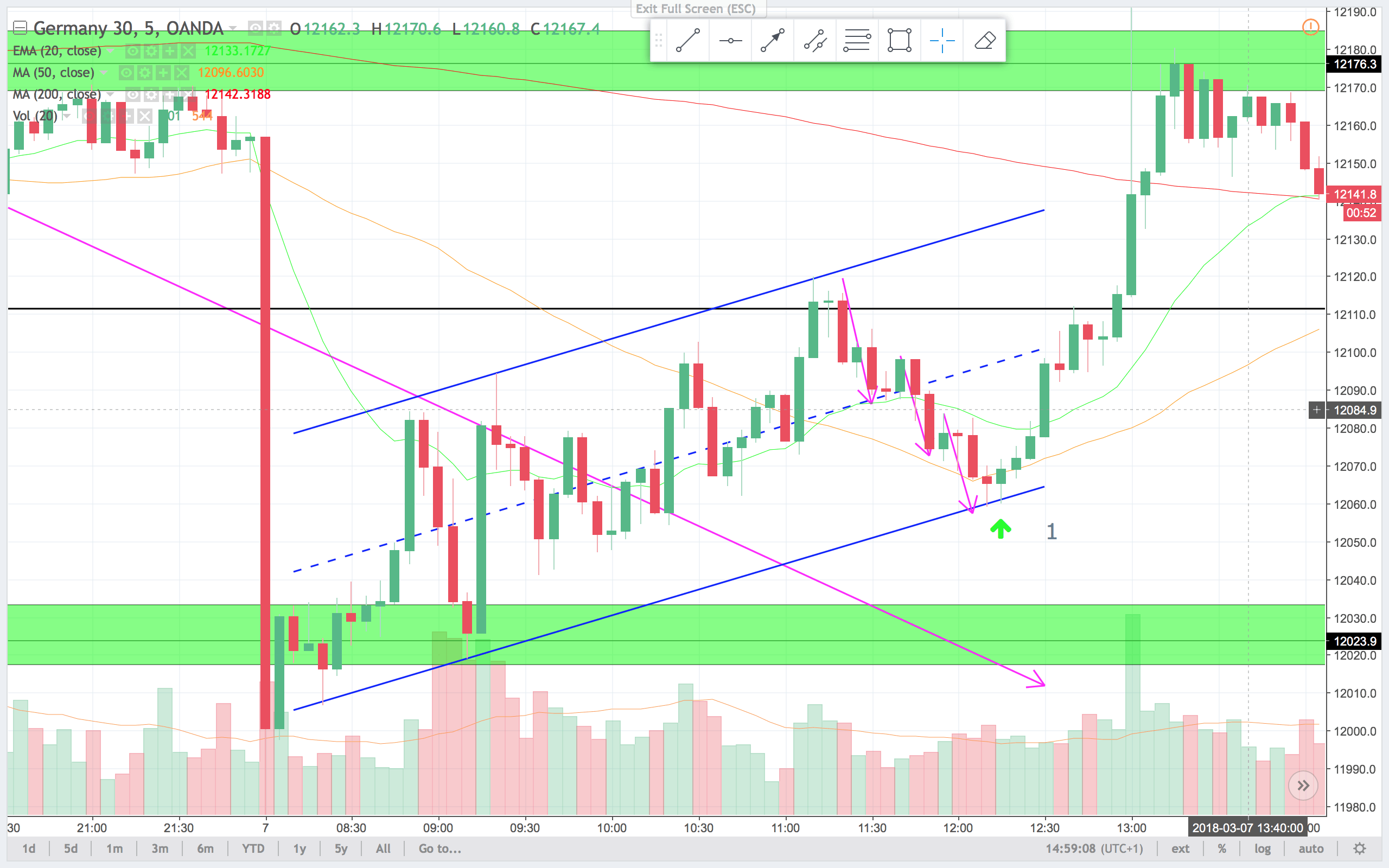 After the overnight push to resistance premarket opened in the resistance area. A nice triple top on the 5 min time-frame, and a major double top on the 15 min time-frame. If you combine the bare below the red arrow with the bar following it, you have a really good signal-bar. I liked that for a short. I would have liked it even better if the entry area below the bars was not at the prior low to the left. 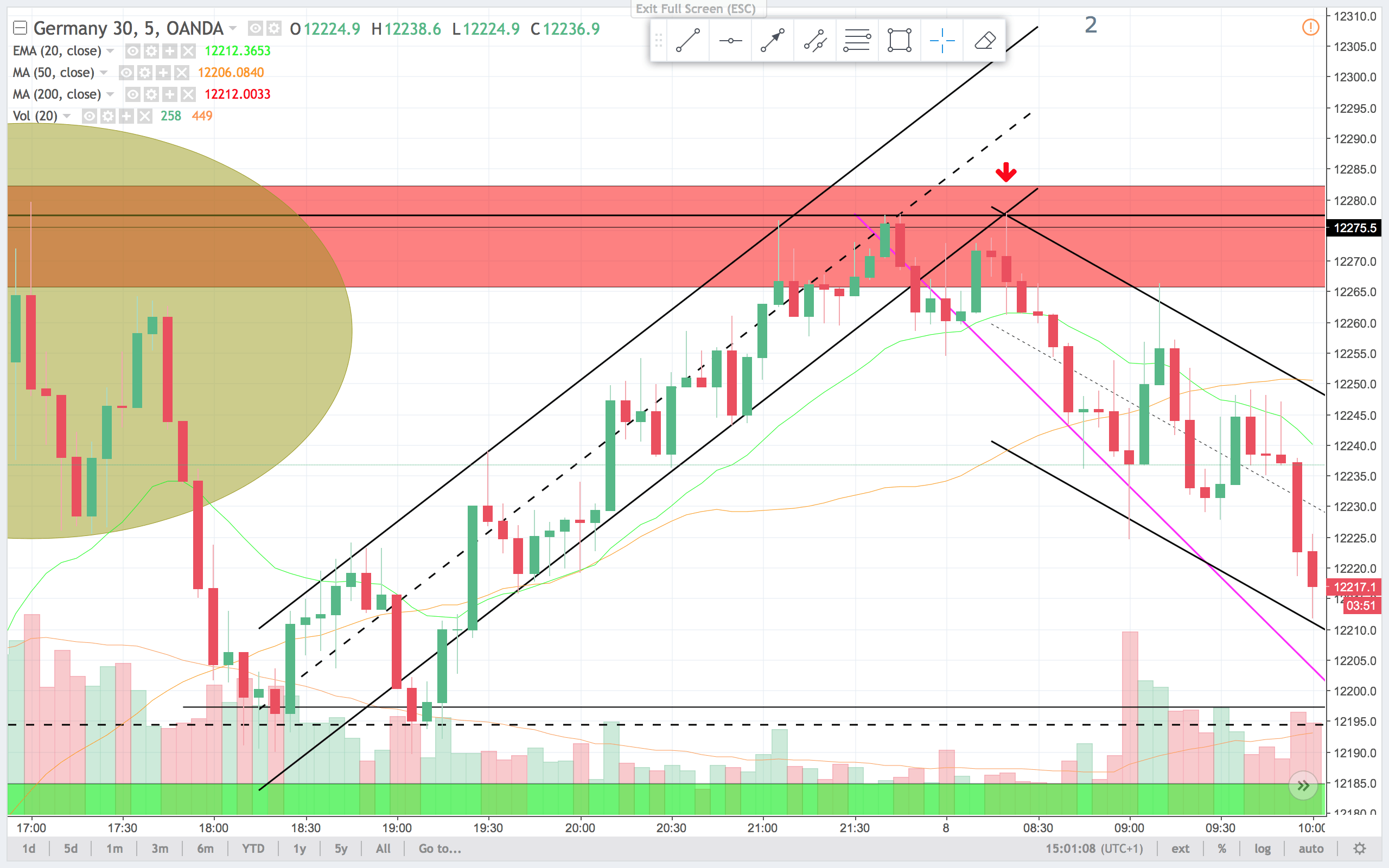 After the bear leg price made a great signal. A nice two legged push worked sideways into a break of minor trendline and a double top. The bull push failed and on the 15 min time-frame you got a two-bar reversal setup. Nice trade for a scalp possibly a retest of support. And at support look for longs. The higher low was another great trade here. 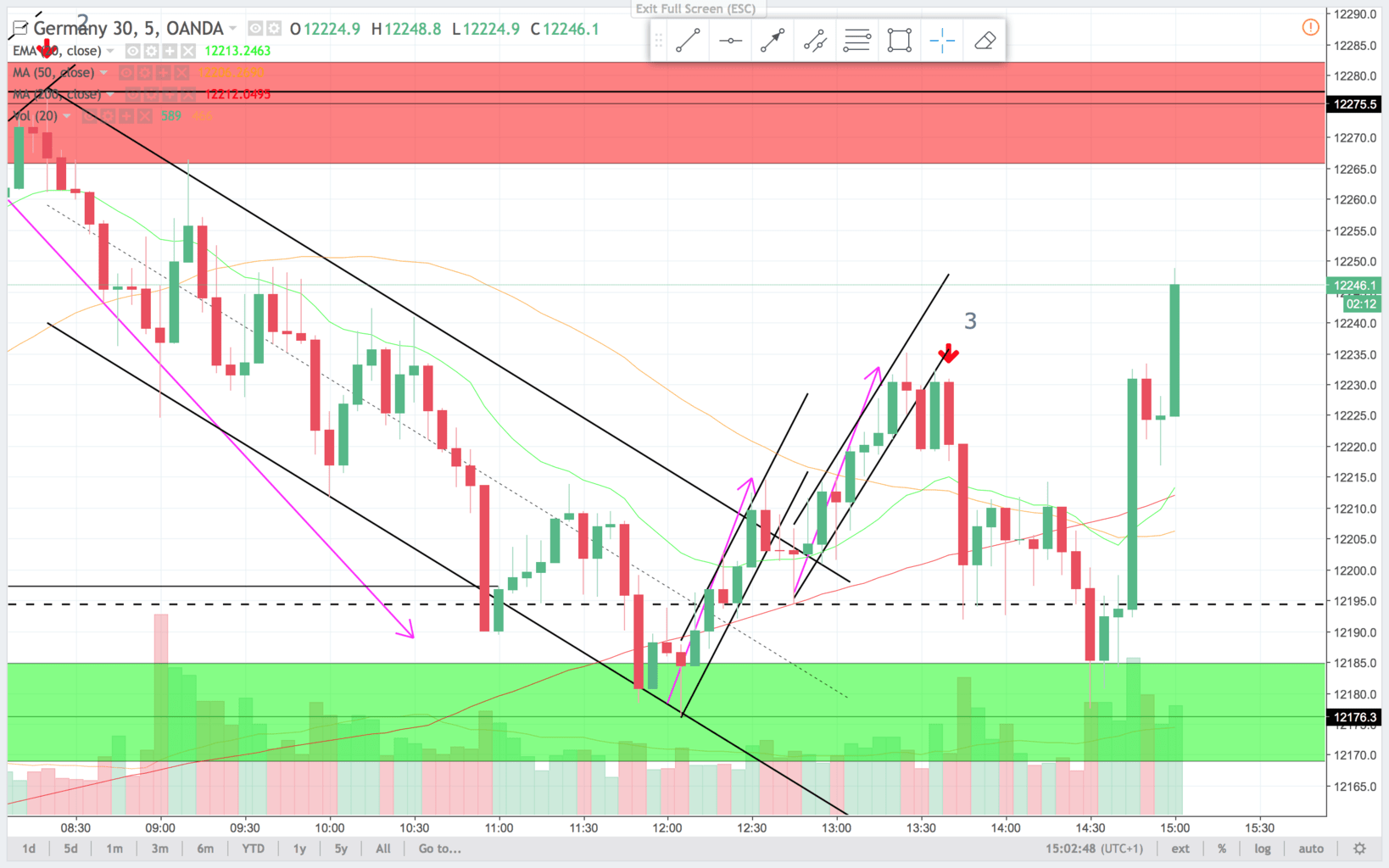