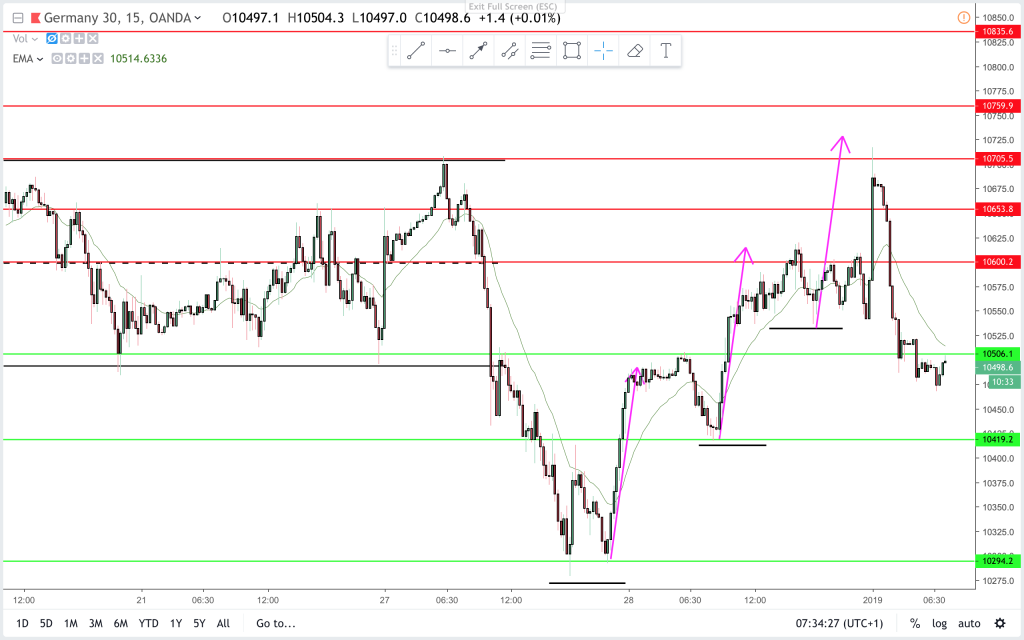 New support and resistance lines drawn in. Notice the lower low on today’s pre market selloff. And the failure to make the measured move on the third push up.

As I mentioned in a recent analysis, there was a good probability for a third push up. That came in the overnight open. Price was 10 pips shy of the target, but it was close enough to count as a third push. Often after a three push pattern market makes changes context. A strong sell into the pre market. It will be exciting to watch as the year opens and how January unfolds. I will follow the price action closely and report back to you.

To trade this context we look to the left. Price bounced at major resistance and made a equal high, and is now trading at support. This is after a minor uptrend in form of a three leg correction.

The areas to look for is the 10.700 area for resistance, and the 10.300 area for support. If either of these areas are broken, context has changed. On the really short therm, I am looking for a second leg sideways to down.

The major talk about the markets has been really negative these last months. As Warren Buffet said: “Be fearfull when others are greedy, and be greedy when others are fearfull”. On my long term portfolio I will be looking to buy as soon as I get a reversal pattern.