134,7% returns on daytrading in 2015 - DaytraderLand - Learn How To Make Money on Daytrading

2015 has been a year of change in my daytrading.

When I reviewed my year read through my trading journal, I see that I have changed and modified my strategy several times throughout the year.

I can also read in my trading journal that I sometimes had to juggle time between my ordinary company, my family and my daytrading.

But all in all, I can look back at a very satisfying year with a 134,7% return and not one single month of losing.

There have been months, but all of them have been covered within the next week of daytrading and a new equity high has been met.

The year’s returns look like this month by month.

If you add only the returns per month it is less than 134%, but because I have changed my position size per trade based on the total account size, the size is increased over the year and that is why the total return is higher. 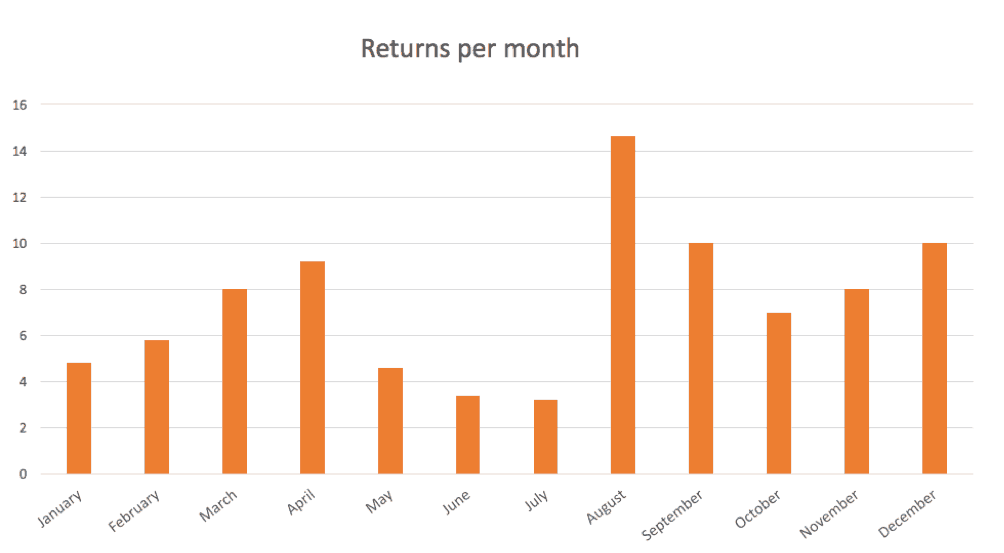 As you can see, I have not been very active during the summer. The wild swings in August and September can also be seen on the chart.

As mentioned above, there would have been minuses if it had been a weekly chart. The results month by month is not comparable as the systems and methods have been varied throughout the year.

The last five months has however primarily been daytraded with the 5/1 method.

There have also been various risk profiles during the year as I slowly began to increase my risk per trade month by month as I built my track record on my new method and was confirmed that it works quite reasonably.

Development in the portfolio 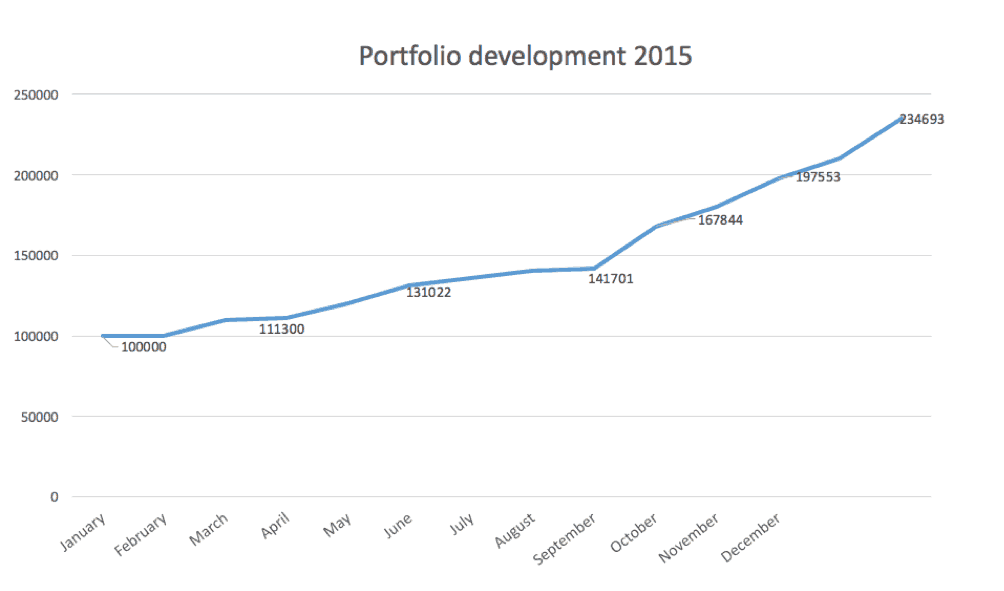 I prefer to keep the exact numbers for my portfolio private.

As tests and results looks promising primo 2016, I expect as a minimum the same result for the year 2016 and round about a 200% return on capital.

So can you live off daytrading?

As you can see above, it is possible to create a decent return on daytrading.

But the question that many seek is, can you live off it? We have previously written a series of articles about the subject but here is another couple of comments.

Firstly, it really depends on what you are making on your current job in order to find out whether you can live off daytrading. If you need 500.000DKK a year for the fixed expenses and you can make, for an example, 100% return a year, then you would need a minimum of 500.000DKK, just to break even with what you are earning now.

But you also need to account for the risk of losing money on your daytrading. Especially until you have become good and consistent in your daytrading. But even if you have developed good methods, good discipline, good psychology and so on, then unfortunately, there will be weeks and maybe even months when you are losing money.

If you only have exactly enough money in your account for a 100% return can cover your needed salary, then I will guarantee you that you will fail.

Firstly, it is far from every year that you will be able to make a 100% return. Secondly, even with a 100% return a year there will be wild swings in your equity curve and there will be months where you will not make enough money to take out a salary for yourself.

So my recommendation is that you for a long period of time daytrade besides your normal job, so that you don’t have to take out a salary at all. That gives you the psychologically freedom to withstand a losing month without considering where money for the rent and food will come from.

The conclusion to the question must be: yes, it is possible for some to live off daytrading.

It is a nice free occupation with unlimited possibilities, but also unlimited risks.

So keep yourself and your money safe. Believe it can be done, educate yourself constantly and take your development easily step by step.

Happy daytrading to all of you!

PS. If you have questions or comments, you can ask them below.