Most daytraders and investors have heard this quote before:

Cut your losses and let your profits run

Basically, it means you have to quickly get rid of your losers and, in turn, allow your winners to run for as long as possible.

To do this we use a term called stop-loss.

As the name suggests, it’s a level where our platform automatically exits a position without having to do anything or press any buttons. If you have gone long in DAX at 10.000, you can, for example, put a stop-loss in say, 9,980. This means that in the second the price hits 9,980, you will automatically be stopped out of your position with a small loss to follow (if there is enough liquidity in the market to fill your order).

It sounds tremendously simple, but most new daytraders quickly experience it’s not that simple either.

We often experience that – especially new-daytraders do not trade with a stop-loss, but instead run a so-called mental stop-loss, where you have just decided for an approximate level where you will probably exit the position. This is a very dangerous way to trade, which in the worst case can cost you your entire capital.

In the article here we will not come across how stop-losses should be put, as it will soon be described in a separate article. But let’s give you some very clear reasons why you should always put in a stop-loss, and why it should be set at the same time as you activate your trade.

1. Crashes in the platform or internet connection may be fatal

We have gradually become accustomed to the fact that the technology works most of the time. But we have to keep in mind that when we’re daytrading, even a short-term crash in either your trading platform, internet connection, power supply or the like, be quite serious. Especially if you have not set an automatic stop-loss that will be enabled, whether or not you are at the computer.

When you’re a day trader, make sure you set your stop-loss level at the same time you enter a long or short position in the market. If you have tried to sit with an active trade in the market and experience that your connection to the market suddenly breaks down, then you know how scary it can be. 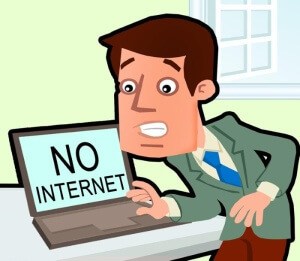 One thing is the situation where you simply trade with a position that is not geared and where your security may move ½-1% in the shortest time it takes while restarting your computer or internet connection. But it’s a completely different and far more serious situation if you are in a geared position where a move of just ½% in the market the wrong way will mean 25% loss on your trading account.

We hope you can see the severity of omitting to use a stop-loss.

Perhaps you think it’s unlikely that it would happen while you were in a trade for 8 minutes.

But believe us when we say that the unlikely events happen incredibly often in the market.

Always put in your stop-loss at the same time as your trade.

2. A stop-loss helps you determine your position size

If you have read our risk management article, you know what we mean by position size.

But in short, it is assumed that you will always decide how much of your capital you want to risk per trade. If you have $ 50,000 in your account and you will risk a maximum of 1% per trade, this means you will only lose $ 500 per trade.

In order to calculate how much you can now risk on the trade, it’s important that you have a stop-loss at a precise level so you have something to calculate your position size with.

Without a fixed stop loss, you will not have the opportunity to trade with equal risk, as you do not know exactly where you choose to go out of a stock from time to time.

Keeping the same risk per trade is crucial if you want a long-term success as a daytrader.

As we have written before, psychology is a factor that negatively affects most daytraders. We have previously written articles about psychology in daytrading and why it’s so hard to daytrade successfully. 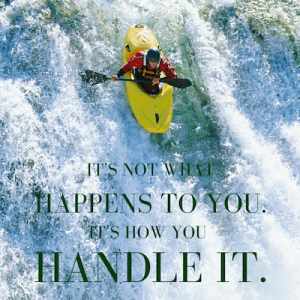 In many cases, the psychological element is actually such a big factor that it makes all the difference between loss and profit.

First and foremost, a stop-loss secures you against big losses. This is the very basic purpose of using a stop-loss.

But in addition, most daytraders find that having some firm, concrete and written rules for how to set the stop-loss, how much risk is taken on each trade, etc., is the way to keeping emotions under control during an already busy day with many crucial daytrading decisions. Or put it another way: it makes it possible to act as a robot during the trading day and then spend the evening hours adjusting the trading strategies.

4. Stop-loss helps you to track statistics of your trades

As mentioned above and in more articles and interviews with successful daytraders, it is important to keep a journal of your trades.

This is not only in order to track your daytrading trades and note wins and losses, but equally important to conduct more thorough statistics on trading strategies. The journal will reveal which markets your methods work best in, which times of the day are most profitable, etc. It is valuable knowledge that you do not want to be beyond.

In relation to this, you often use a parameter called Reward-to-Risk factor. This factor tells about how big your winners are compared to your losers.

If you had a long trade in DAX where your risk was set to 10 points with a stop-loss and you ended up with a 20-point win, then your reward-to-risk factor was 2: 1. In other words, your winner would be twice as big as your initial risk.

How to use these statistics in practice from the journal to improve your daytrading, we’ll probably write a whole article about soon.

5. Lock in profit with a trailing stop-loss

The stop-loss that we have been discussing up until now has been a completely ordinary stop-loss, which is set to secure you from loss if your trade goes against you immediately.

Another part of using a stop-loss is to use a so-called trailing stop-loss that moves quietly if your trade is going in the right direction.

If we again assume a long trade in DAX at 10.000 with a stop-loss at 9.990 and thus a risk of 10 points. So let’s imagine the price rises as expected, and DAX is now suddenly trading at price 10.050. Here you use a trailing stop-loss, which at regular intervals raises our exit price upwards in the run of e.g. 10 pt. So when the price is now up to 10.050, our stop-loss is now in 10.040, which means we have a profit of 40 points locked in when the price starts to fall at some point.

Trailing stop-loss can be set manually along the way, but most trading platforms also support this option completely automatically.

Warning: Stop-loss can be a false sense of security

One should be aware that a stop-loss sometimes can give a false sense of security.

For the most part, the market behaves well in the sense that there is a good balance between buyers and sellers, and the attached stop-loss orders are thus executed as planned.

It rarely happens in larger indices such as DAX and DOW when we look at 15, 5 or 1-minute charts, but if you daytrade single shares, you will find that there are often major gaps in the chart in relation with news, financial reporting and other major events.

Let’s look at an example.

Above we have found an example from DAX, where the price ran 10 points from one bar to the next.

If you were in a short trade and had put your stop-loss right on the top of the first green candle, then you probably would have been stopped out 10 points later than planned, as there was no counterpart at all to take the other side of your trade. As you know, the market is a marketplace where there must always be both a buyer and a seller at a given price if a trade is to take place.

When something unexpected happens, it’s not rare that these gaps occur in the charts.

But as mentioned, it’s not often that it happens in the big markets, but it may occur.

The Swiss Franc unpegged from the euro in January 2015

On January 15, 2015, Switzerland decided to unpeg the Swiss franc from the euro after long periods of pressure on their currency.

This resulted in the following chart:

Above, we see CHF against USD, where there was a price shift of approx. 32% in a very short period of time.

In relation to this, it was found that even seasoned daytraders lost millions in a few minutes as they could not get out of their positions despite the fact that a stop-loss had been placed. SaxoBank lost a three-digit million amount on their customers’ losses. Other trading venues simply had to turn the key over after this unique event.

This is, of course, a very unique situation, but it happens sometimes.

It is important to understand that things can go the wrong way very quickly, even if you use a stop-loss. But, of course, that does not mean that you do not need a stop-loss. It should be a regular part of your daily routines when you are a daytrader. It should be described in your business / trading plan how to set your stop-loss, and where you want to move them in case of profit, etc.

As previously written, we will soon come up with an article on what methods to use to define the stop-loss.

If you have any questions or experiences – good as bad – then write a comment below.