2 Bar Reversal - DaytraderLand - Learn How To Make Money on Daytrading

In this article, we will look at one of the better price action price patterns called 2 Bar Reversal.

The pattern is originally known from the popular book  ”Trader Vic: Methods of a Wall Street Master” by Victor Sperandeo. Sperandeo is a professional day trader and is considered a legend on Wall Street. He has previously administered George Soros’ capital.

A 2 Bar Reversal is a strong reversal price pattern, which means that the pattern is found at tops and bottoms.

We have a bearish 2 Bar Reversal when the trend is up and makes a new higher high, but only briefly manages to stay above the last top and quickly closes below.

Here is the strategy to sell on the close below the line on the candlestick that broke the last top.

It is shown in the illustration below. 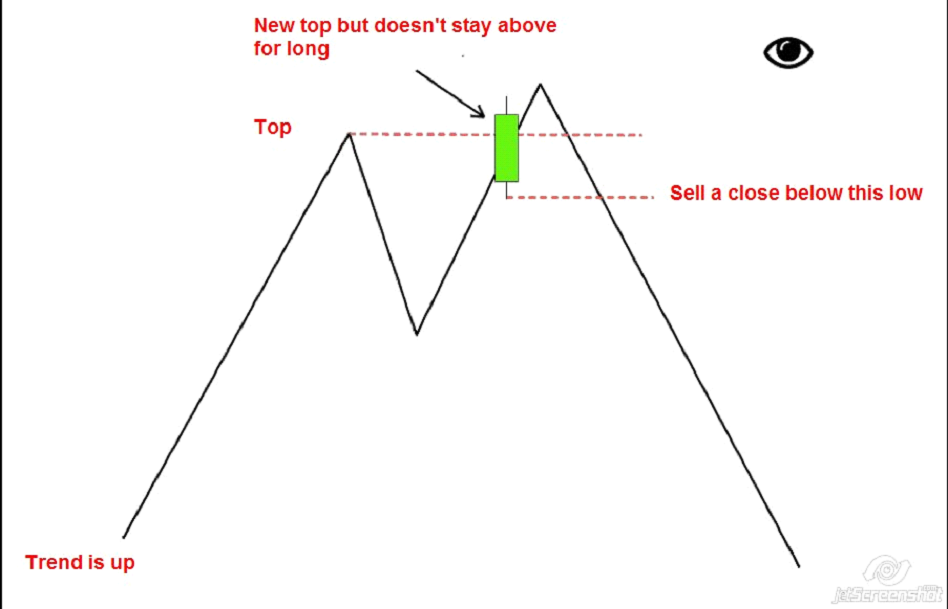 Let’s look at an example in DOW on the 4-hour graph. 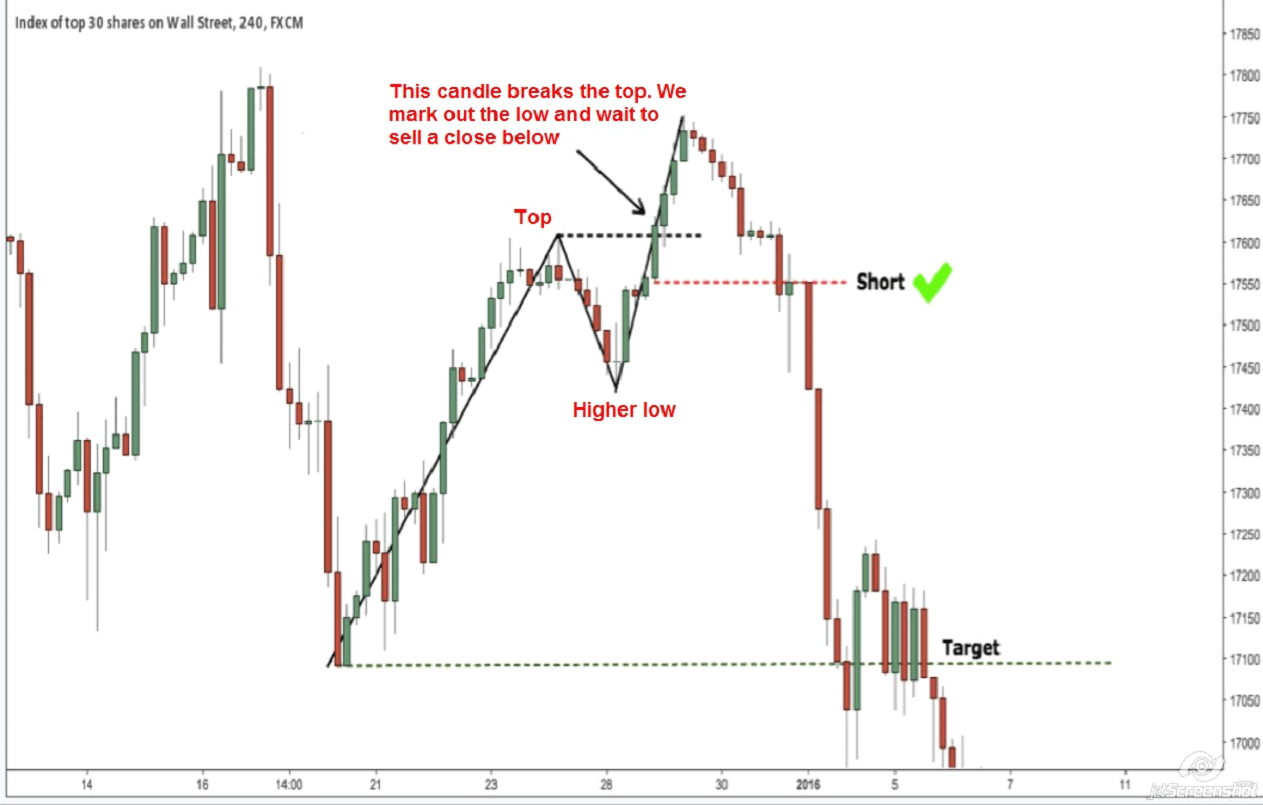 First, we get a move up (illustrated with “top” in the graph above). Then, DOW makes a higher low (see “higher low” above), after which the price rises again to form a short-term new top. Notice that we have five green candlesticks in line with the new top. This circumstance indicates that the price has risen too much and too fast. We mark the bottom of the candlestick that broke the and get ready to short if the price closes below the red line. We subsequently get a break of the line and immediately put a short order in the market. The extreme bottom serves as our target. After the break of the line we get a sharp move in the price, which hits the target relatively quickly.

The diligent reader of the articles on this page can recognize the price pattern from a previous article on DaytraderLand. It is correct. A  Quasimodo is a natural extension of a 2 Bar Reversal and can give us the opportunity to enter the market again at a later time.

Let’s look at an example of a bullish 2 Bar Reversal this time and keep an eye on a potential Quasimodo. 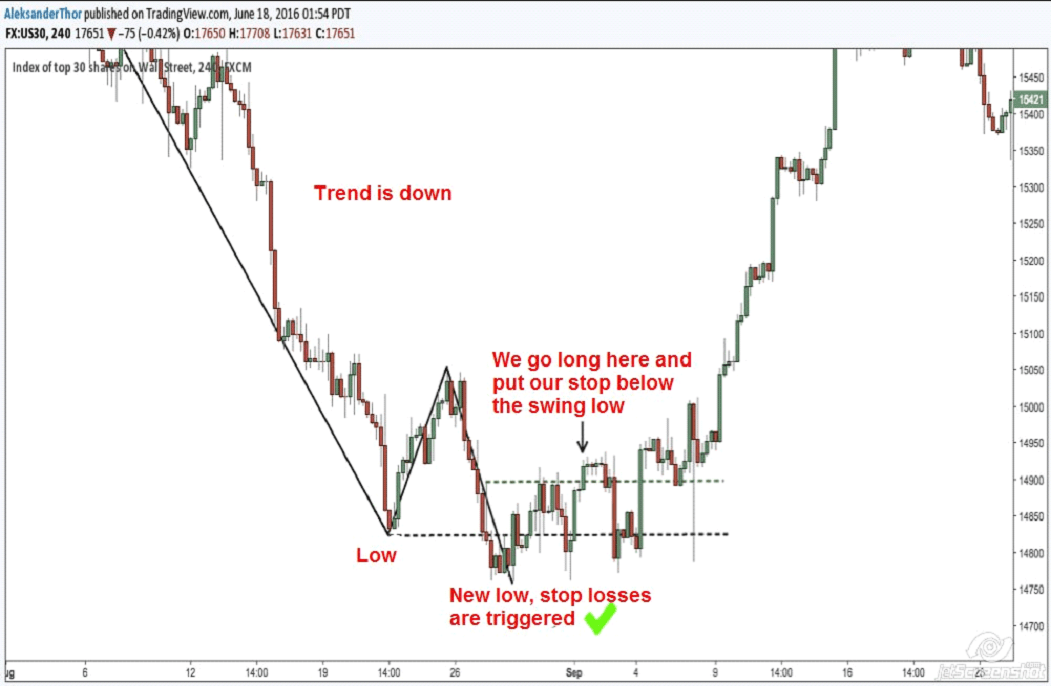 We do not get the best entry here as the price falls back immediately after we have gone long. It is important that we put a stop-loss below the last swing low and not at break even as otherwise we will be easily stopped on a lucrative trade. 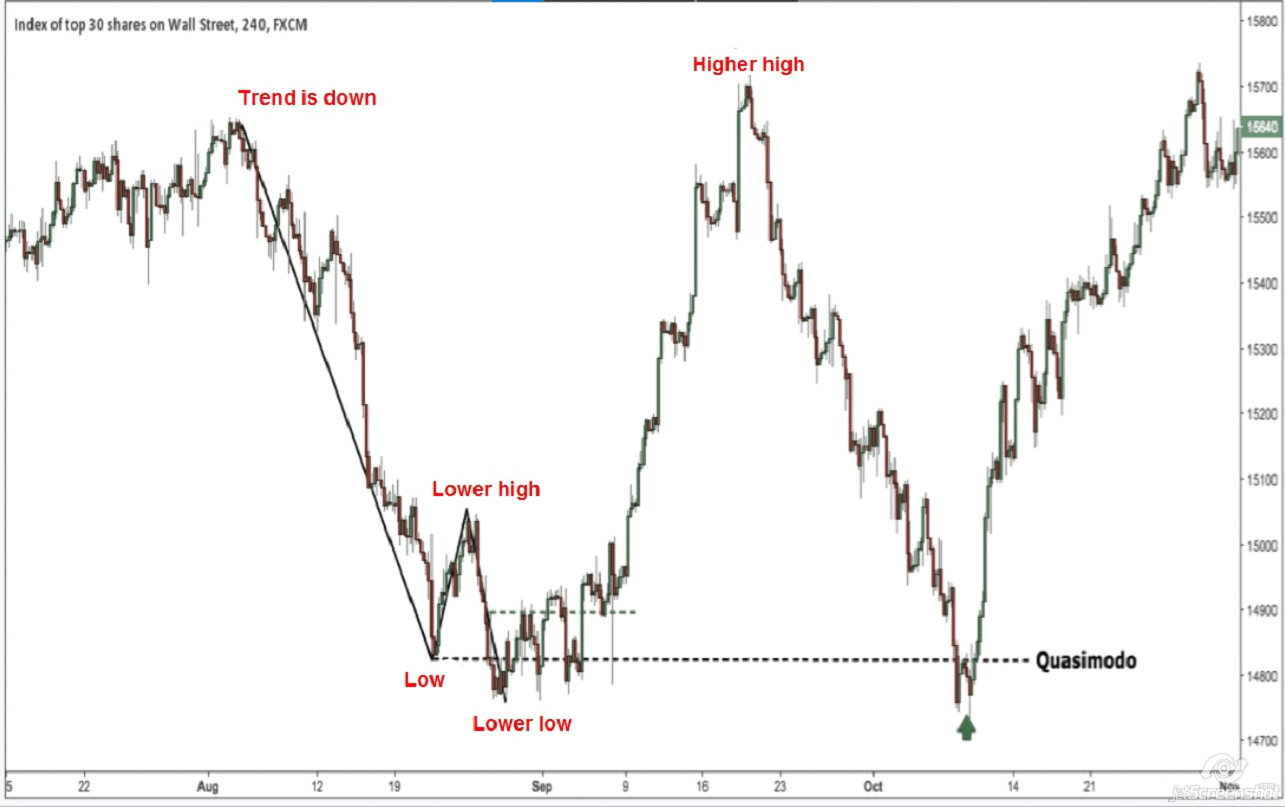 After this little side track, the price rises quickly again. Now we extend the line at the bottom and look for a Quasimodo. The price makes a new higher peak, which is the requirement of a Quasimodo, and then falls back.

We are ready to go back a long time and score another big win.

As a supporter of technical analysis, one becomes warm in the heart when several chart patterns occur in continuation.

Bollinger Bands is an indicator that can improve daytrading with 2 Bar Reversal.

2 Bar Reversals arise as mentioned at tops and bottoms where the price has risen/fallen a lot. When the price rises or falls a lot, it moves away from the average, which means that we can start looking for mean-reversion trades. Mean Reversion is based on the assumption that the price tends to move back to the average.

In the picture below you can see how well 2 Bar Reversal works in conjunction with candlestick spikes outside Bollinger Bands. 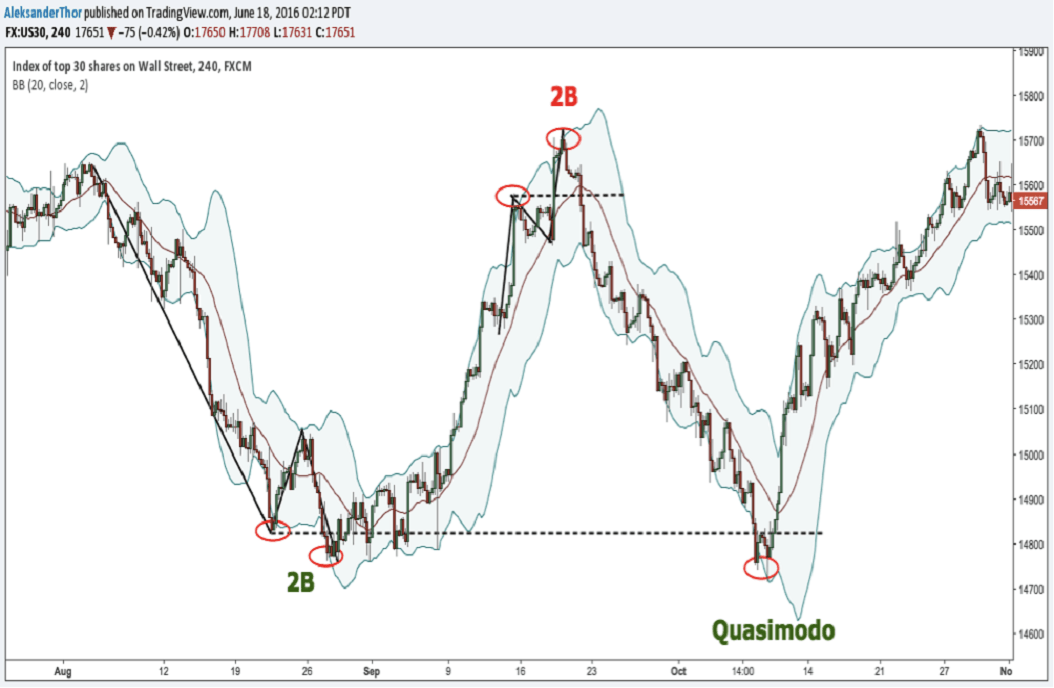 If you have questions or comments, please write down below in the comments section.