Many traders spend a huge amount of time finding and choosing the right broker with the lowest expenses etc (which of course is also recommended). But what if I told you there’s one factor in your trading that (especially at the start of your career) can cost you a lot more money than your trading costs do?

Of course, I’m talking about your feelings.

Two of the basic feelings that one should generally be aware of in their trading are: 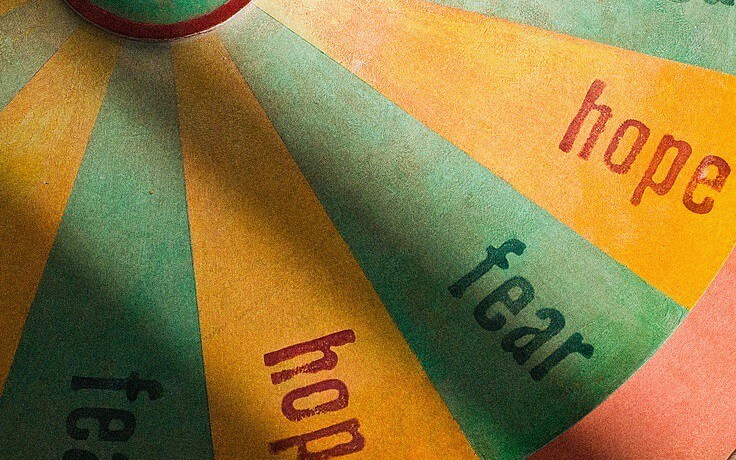 This Game of Hope and Fear

Fear can cost you money in several ways.

You have, for example, entered a long position in a market (you expect a rise). Now it starts to go the right way and you make money.

You had to start a clear plan of where to go out of business, but now you sell faster than planned because you fear losing the winnings you already have.

It may seem odd that it may cost you money to exit a winning trade, but if your entire method is building up, for example, many small losers and get few big winners, then it’s not a good idea to exit your winning trades too early. Because then they cannot pay for your losses.

Another way fear can cost you is that after, for example, three losing trades in a row, you suddenly fear losing and therefore do not enter the fourth trade. This trade could possibly have paid for all the first three losers, but you missede this win because of the fear.

However, it should also be mentioned that fear can be a good feeling.

All my trading strategies contain a clear exit plan for when to exit with either loss or gain.

And if a trade goes in the wrong direction and you lose money, fear must make you comply with your stop loss so you do not lose more than necessary.

Hope, as such, sounds like a pleasant feeling. But in daytrading, it’s best to eradicate it.

It is related to fear, and it costs money when you are in a losing position and you should take the loss while it’s small. But instead you start to hope. You hope the trade turns around so you can come back to zero or maybe even in plus. Your brain now suddenly remembers all the times when it actually happened, and for a while, it forgets all the times when this hope has cost you a lot of money.

I often mention that it’s important to have a clear strategy when investing and trading, and in such a strategy there is no room for hope. Either the trade is still good or you’re exiting in a hurry. Nothing good comes from hoping that things are correct.