Why is it so hard to be a daytrader? - DaytraderLand - Learn How To Make Money on Daytrading

Hans-Henrik Nielsen has – besides being a successful daytrader for many years – been the man behind StressAkademiet, a sought-after stress consultant and lecturer, as well as author of several Danish books on stress and stress management. He is therefore particularly suitable for describing the psychological aspects of daytrading as well as connections between daytrading and stress. 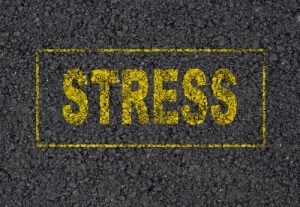 We often mention that it is mentally hard to be a daytrader.
But why really?

Is it because you risk losing your money? Yes, in part, but that is only a minor part of the problem.

The financial loss can be controlled by controlling its overall risk (last described in the article on R). If the risk per trade is kept down to an acceptable and non-stressful level while being combined with a well-tested trading strategy, fear of losing money should not give rise to major mental challenges.

We are used to linear contexts

My own theory of why it’s so incredibly hard to daytrade is that there is no linear correlation between efforts and results in daytrading.

We are as people used to the fact that everything is progressing in a straight line.

So, all our lives are filled with examples of things going on in a certain time order, and that a bigger effort is rewarded with a bigger reward.

There is a wonderful logical systematic approach built into our lives, and that is precisely the way we can best handle life.

Daytrading does not produce linear results

When you are a daytrader, there is not much logic and linearity in the relationship between time and effort.

You can sit in front of the screen for two weeks in a row without earning a single dollar – or maybe even losing it. But then you start Monday morning in the third week with one really good trade that gives the total necessary earnings for the last two weeks together.

It is impossible to predict when the good trades occur. Simply follow the trading strategy, wait for the right setups, and then suddenly – out of the blue – the very good trade will occur.

Of course, you can do a lot to test your trading strategy, introduce work routines and processes and many other reasonable actions, but basically the only factors you can control a) the effort, b) the financial risk and c) the entry / exit. Everything else is in the power of the market.

As human beings, we are incredibly bad at accepting and managing things that we can hardly control and that things do not progress linearly.

And just this impotence and the frustration it creates in us is why it’s so hard to daytrade day in and day out.

Of course, it’s never fun to knock for days in a row in front of the computer and then see its great efforts result in an economic loss. It may seem very sensible and unfair, but daytrading can lead to fluctuating results for shorter periods of even the most disciplined and talented daytraders. You will need to learn to accept this if you want to make it as a daytrader.

One of the things we strongly recommend to other daytraders is that they decide to trade on a fixed time schedule, where they daytrade and times when they stay far away from the computer and do not look at market charts. It may sound a bit too banal, but in this way, you can maintain the feeling of going to work – but most importantly – the subsequent feeling of being completely free.

In addition, we always recommend new daytraders that they always maintain a different source of income so they are not totally dependent on earning money daytrading right away. Thus, they still maintain a linear income, where the number of hours worked and the salary are linked. It reduces the mental pressure considerably after spending several weeks in a row without making money on daytrading, knowing that after all, the fixed living costs will be covered.

Our third tip has been mentioned many times before, but it deserves to be repeated: Be sure to keep the risk low. Daytrading must not give you a kick. It’s not high-stakes roulette, but a discipline based on skills and discipline. If you get sweaty palms every time you go into a trade, you’re going to go out of business.

What are your experiences? Please write a comment below.