So far this week price levels have given some great signals in the German index. Price has started trending down and is in the final phase of a three push pattern. The bear trend line was broken today, and after that price still made a new low. When I look on the daily timeframe a measured move would take prices to the 11.000 or as far as the 10.200 area. Before price gets there, the support area around 12.000 need to be broken. The correction after the sell off into february was weak. That adds to the probability of another near led to the downside. I am bearish going into the final days of this week. 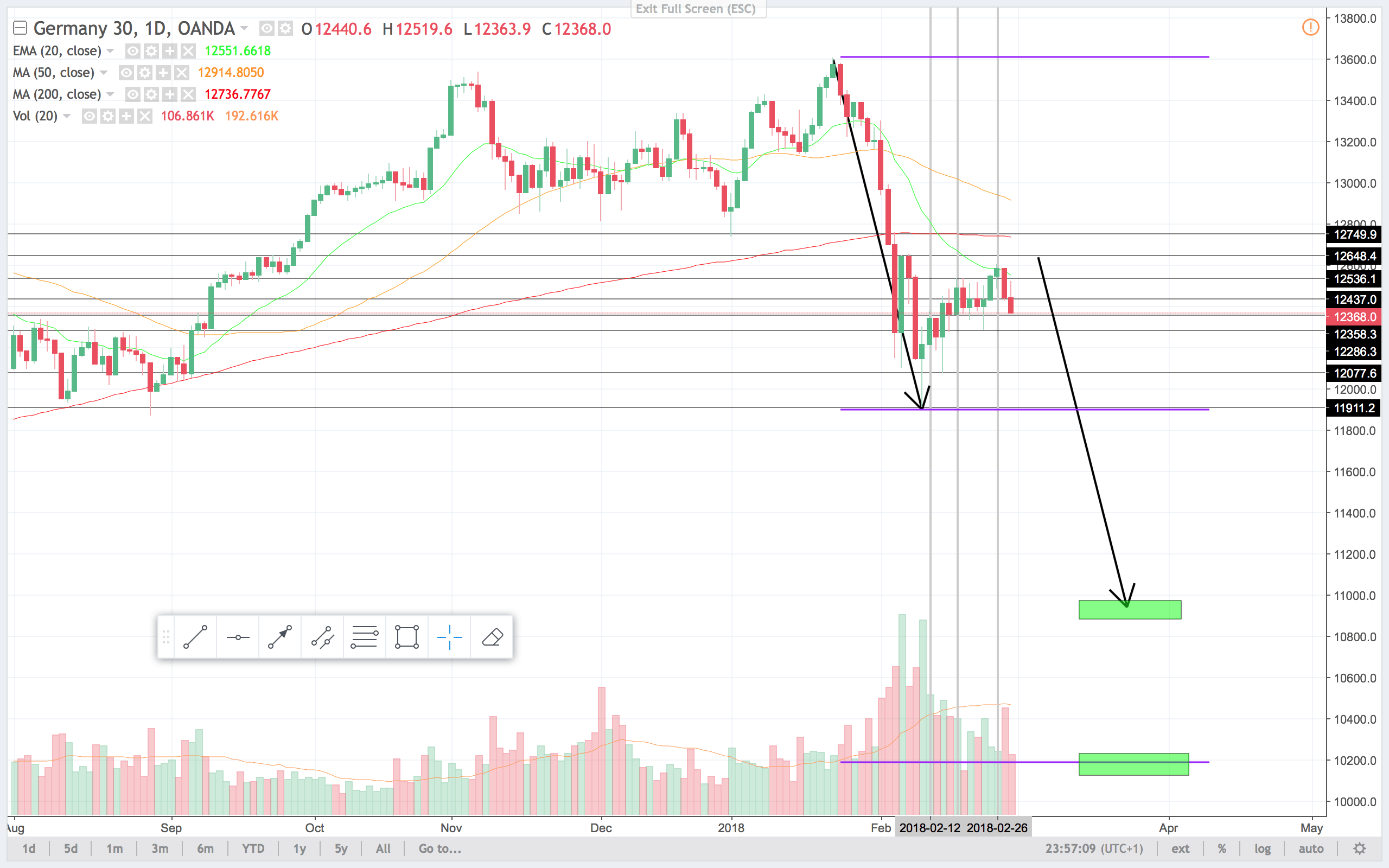 I marked three trades on the chart this week.

1. After a bullish open of wednesday, price completed a three push pattern up and a two leg measured move correction. The correction was also a perfect 50% correction into support. On the 5 min chart you could take either the bull signal above the arrow, or one could wait for a higher low failed second entry short. The failed second entry short confirmed the bull trendline as the third touch. A really nice and simple trade.

2. Price went up, for a measured move. The buy climax set in after the trendline break, and price got to a measured move at the 12.520 area. and stopped. The double top after this pattern was a nice trade. No one would know that price would drop like that, but it made it easy to manage runners. I would have liked it even better, if the pattern played out in the resistance area above.

3. Price bounced at support as expected. Traded sideways after the close. Made a three push pattern and a lower high at the bear trend line. The correction was weak compared to the bear sell off. So I would expect another test of bear strength. The price pattern and the lower high at high of a minor trading range was a second entry short, and a high probability trade, with a potential large reward if support was broken and the measured move down would trigger. The danger on this trade was the support below. The support was easily broken, and never gave reason to worry. 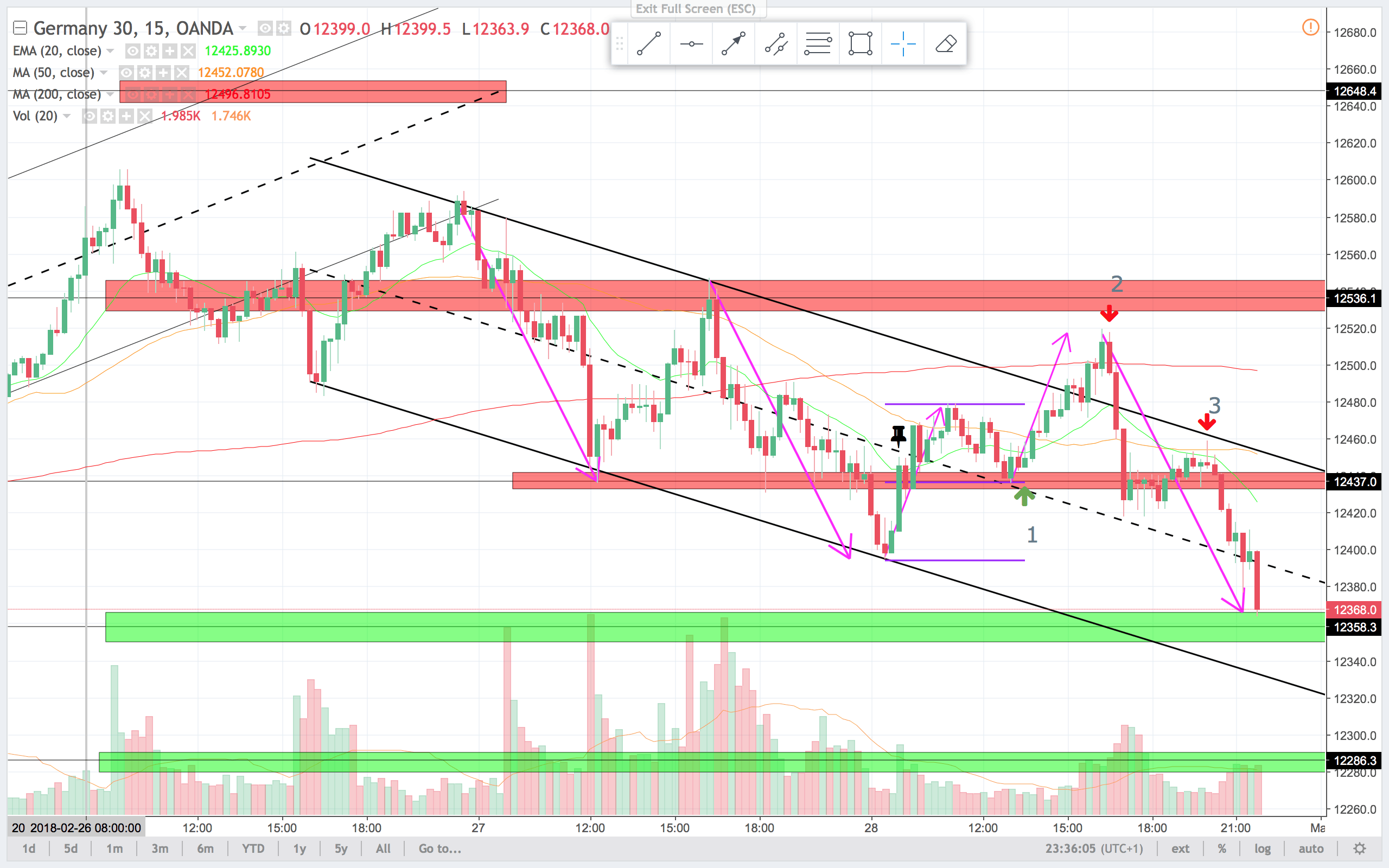 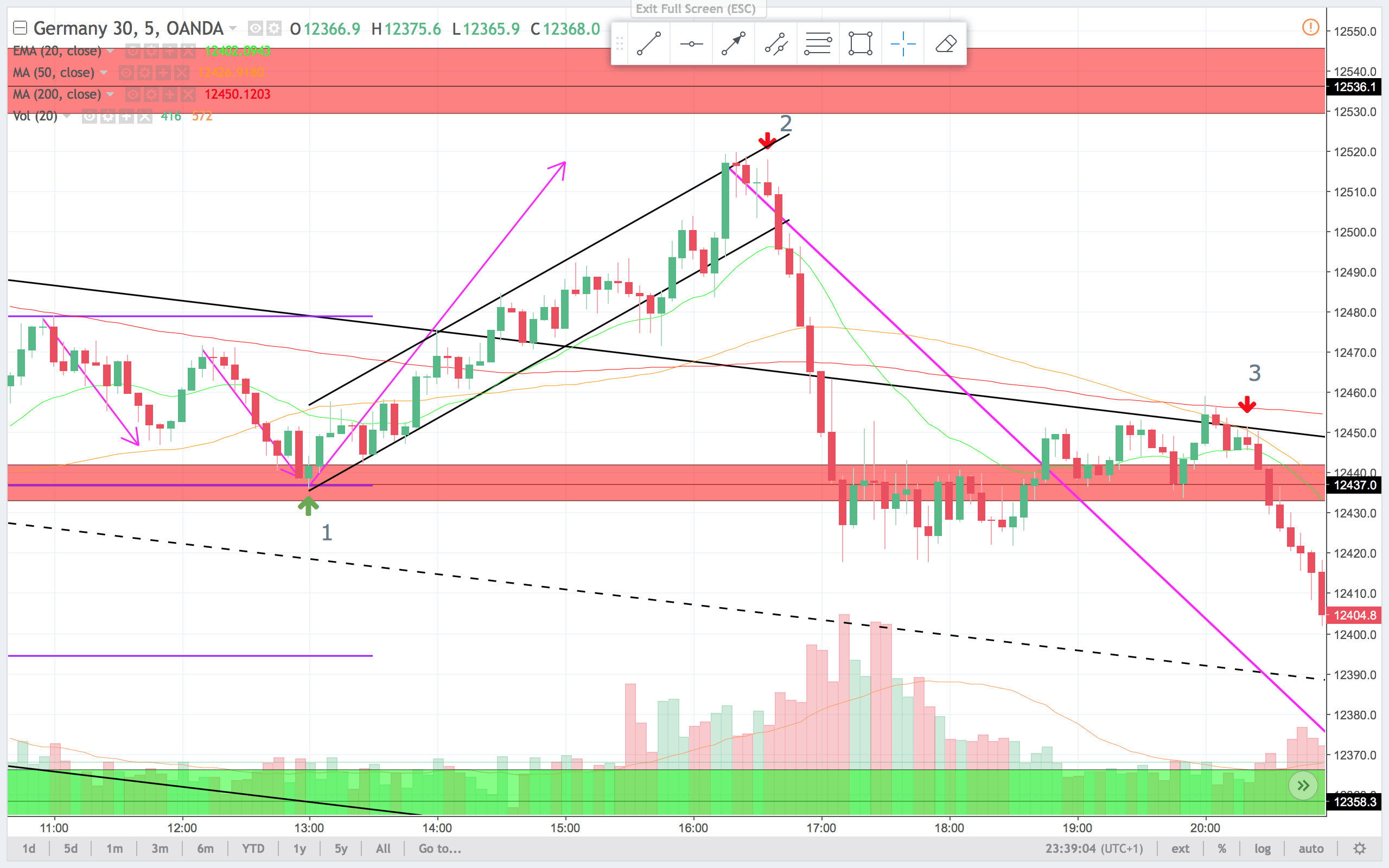 I drew in the updated areas that I will pay extra attention to the rest of the week.
Look to swing shorts and scalp longs. Remember to manage your risk.