Last week was a 4 day week. Price traded in a trading range(orange range). Had a failed break out(BO) on friday. A two legged move(Purple arrows) back into the TR. There was a inverted head and shoulders pattern. It was a higher low compared to lows last week(black lines show the lows getting higher). This is a sign, that price might break to the upside. Also the highs was getting higher. Now we had a three push pattern into resistance at 12.335. Strong bull BO after a TR. Price is always in long, and I will look to swing longs and scalp shorts. 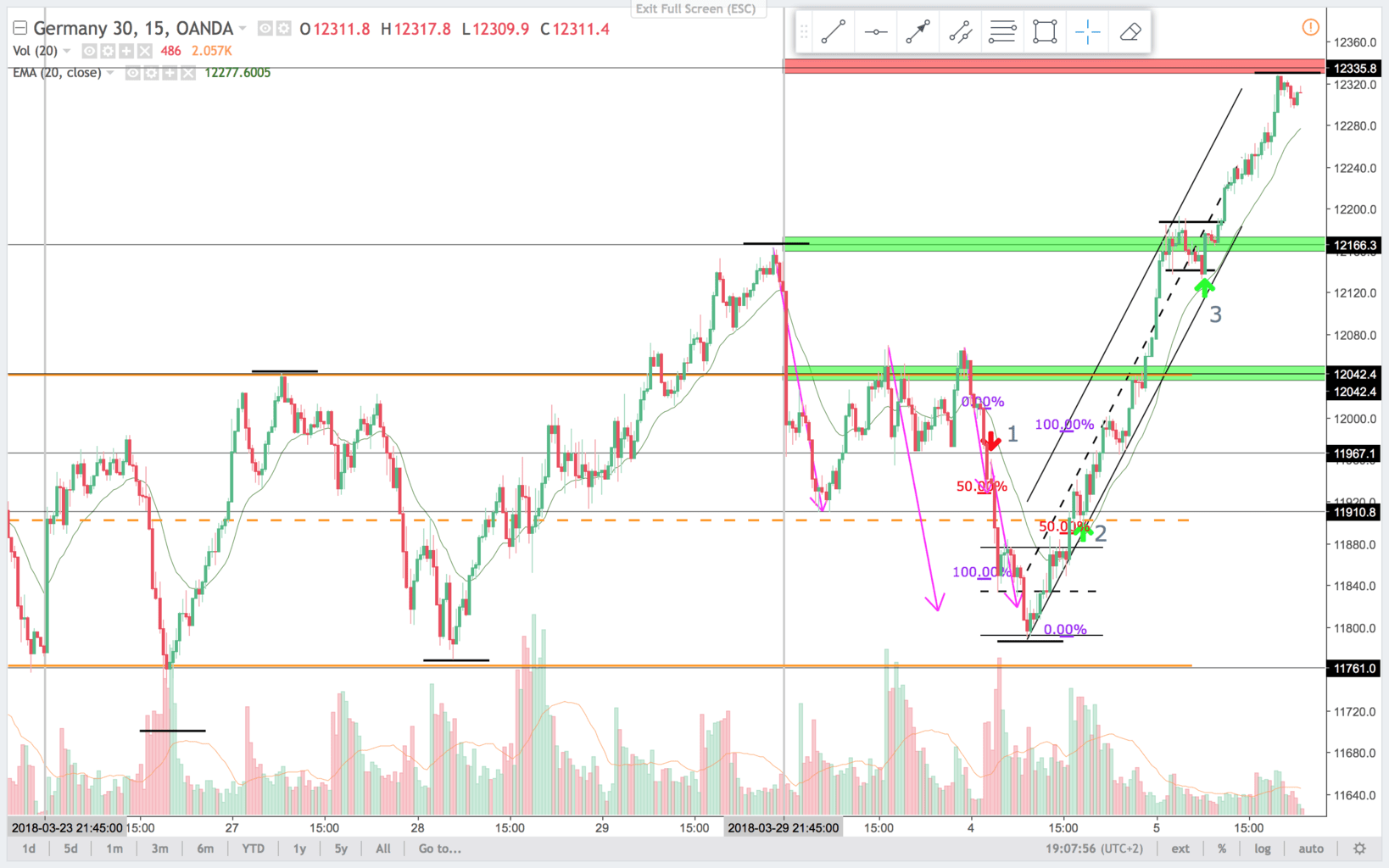 On the 15 min chart it is a open bear inside bar. Good for a bear spike sell below any bar. There was a chance that the BO would fail. But being the open and following the selloff from monday, I like to risk it.

On the 5 min chart it is a strong bear bar after a small two legged push up. Also it was a break out pull back sell signal.

On the 15 min chart this is the break out pull back long on the head and shoulders pattern.

On the 5 min chart it is a two legged measured move correction and a failed break lower. The signal bar could have been better, and the bars The inside up bar was a good signal bar, but a the bars to the left was overlapping. This made the trade a bit more questionable to me.

On the 5 min chart it is the low of a TR. Failed break lower of minor TR also. Since the open price had traded sideways, and with TR price action. Often at noon there is a directional move in the DAX. This could be it. Nice risk reward, and a chance of nice runners on this trade.