There is not too much to trade from my point of view this week. But here is my take on EURUSD and German DAX

About three weeks ago I warned about a possible bear trap in EURUSD but it first appeared this week. 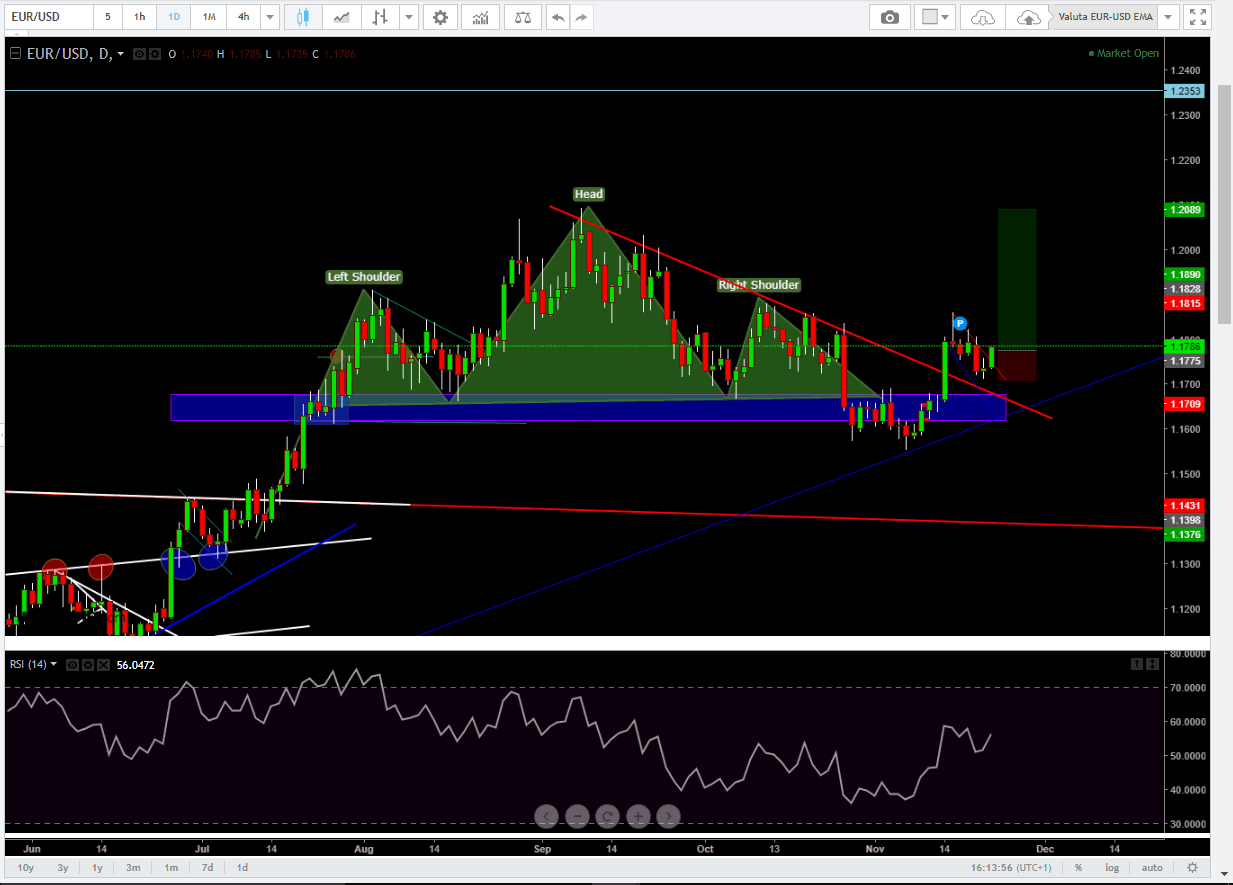 When sellers where caught last week I would look for a long setup at the last resistance which now should act as support (marked with a blue box). But I noticed a bull flag forming on the 1-hour chart and decided to go long as soon as the bull flag was broken in an upwards direction. This break was made perfectly at 16.00 and I went long at the close of the bar. 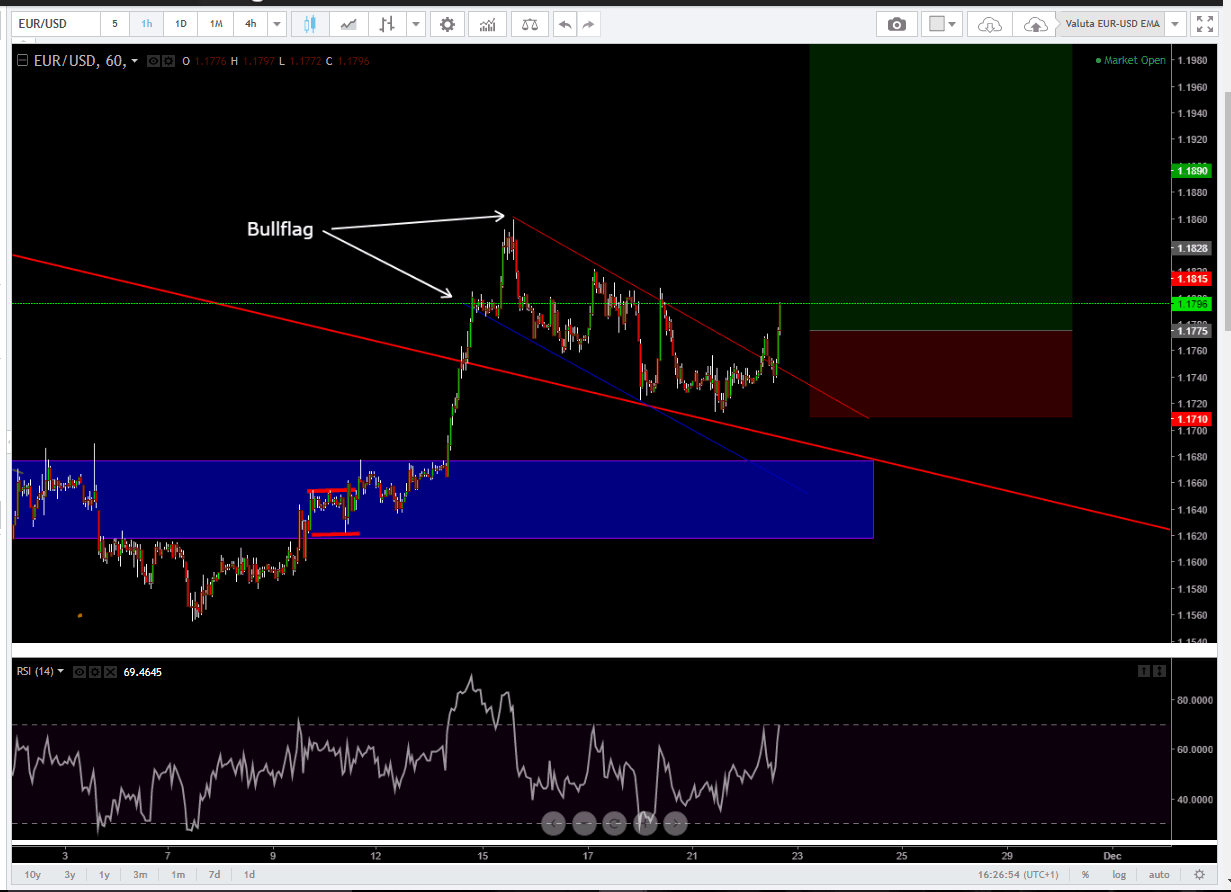 DAX has been hard to trade for me the last couple of days. Friday I was convinced that we should lower, maybe even down to around 12.650. But the buyers kept pushing from 12.860 and it closed very strongly both monday and tuesday.

When we look at the 2hr chart I will keep an eye on the area marked with a white arrow. This level is of interest to me since we see a little support area close to a former resistance level. This level should have acted as support but it seems the buyers don’t agree. So here I’m interested in taking a short position.

Remember that the text above is only meant as inspiration and education. All trading decisions should be based on your own method according to your own risk tolerance.